This Sonoma Estate is a cinematic masterpiece from beginning to end

As the 2017 Northern California wildfires swept through its picturesque wine country, vintners Pam and George Hamel valiantly battled to save their namesake Sonoma winery. While their 124-acre ranch was saved, they discovered after the flames finished racing through the foothills, their nearby home was ultimately reduced to ashes. Determined to rebuild, the Hamels turned to longtime friend Ken Fulk to reimagine the decimated property where they’d made so many wonderful memories since starting Hamel Family Wines several years earlier.

The Hamels and Fulk spent a few months after the fire assessing the situation, before beginning the literal process of clearing the ashes as the two-year project got underway. It was agreed that the home shouldn’t feel new, but instead a reinvention of the original structure—including a separate screening room and a wine cave. “Even though it’s been completely rebuilt, every space is filled with lots of meaning for them and for us,” says Fulk. 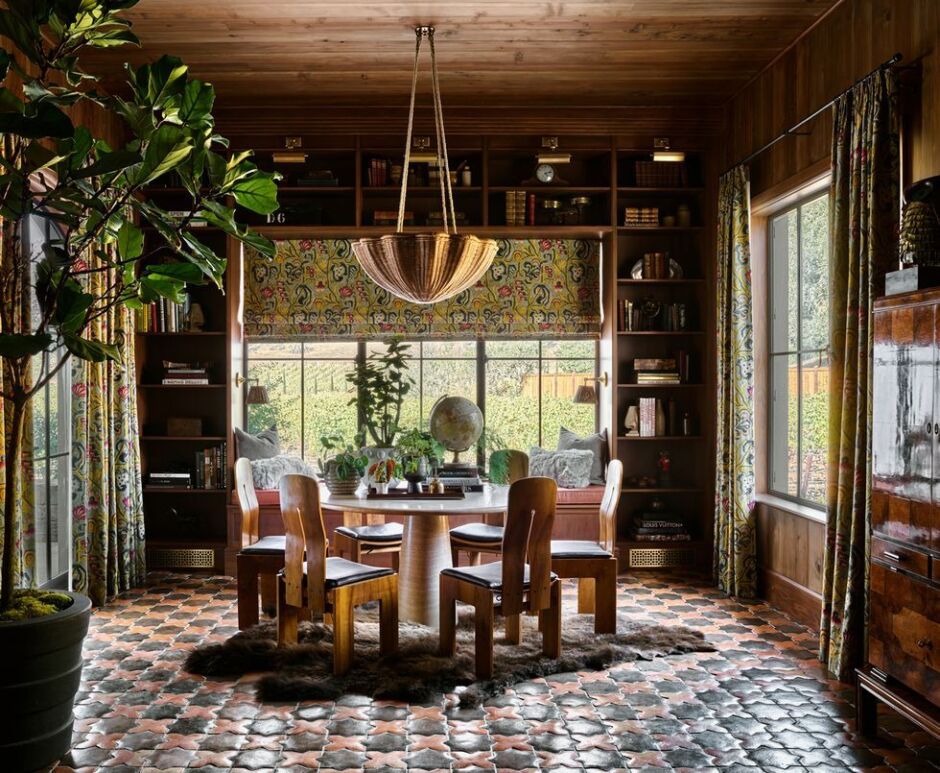 “Ken is very easy to connect with, and he knows how to suss out what [his clients] are looking for—even if they don’t know it yet,” says Pam with a laugh. “I give him a lot of credit,” adds George. “He intuitively got the look and feel we wanted for the house.”
“As we begin with every project, I create these movies in my head,” explains Fulk. “So for this project, I imagined a Howard Hughes–type character who had fallen in love with someone and built [for them] this hacienda-style retreat from another era.” And with the charming timeworn feel, inside and out, it’s very easy to forget the home is actually an entirely new creation. 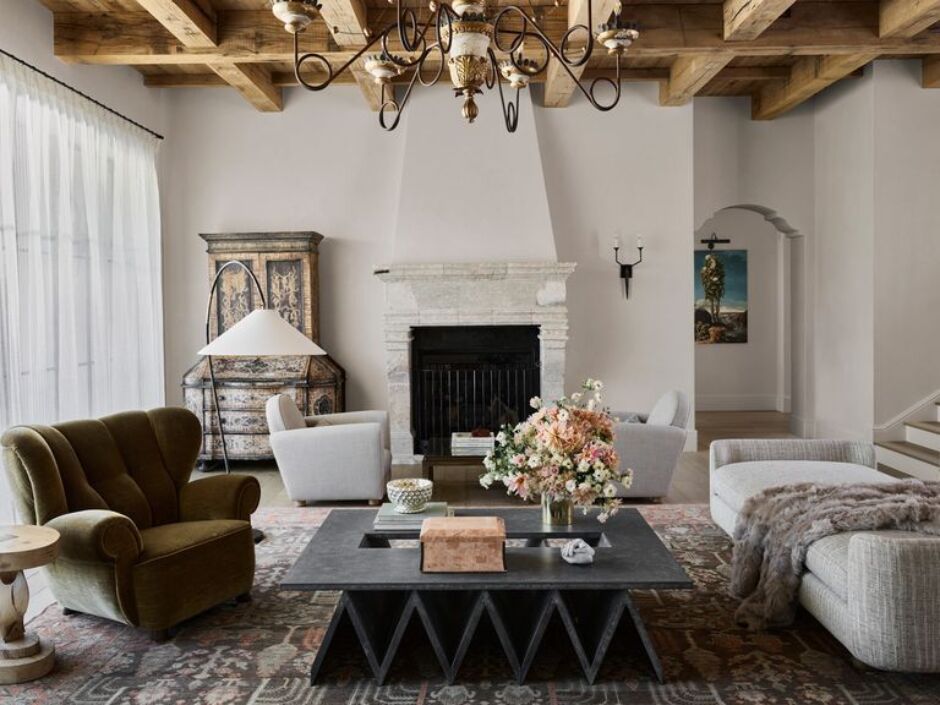 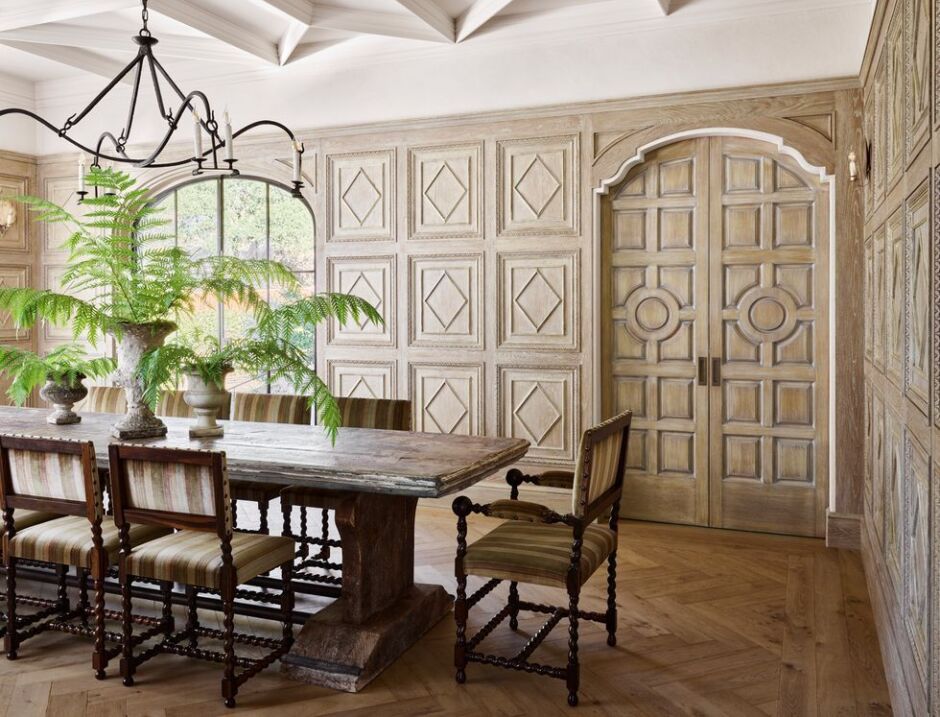 Completely outfitted with bespoke touches—including a pair of antique Italian limestone fireplaces, centuries-old reclaimed barn timber used to craft the entry ceiling, rich hand-plastering throughout, an incredible array of European antiques, and striking Fulk-designed furnishings—the finished home more than met the Hamels’ expectations.
“It’s a new rendition of itself,” says Pam, noting that it’s basically the same footprint—but magnified. “I don’t ever sit in just one place, but instead tend to wander to different rooms to work or take calls; I love the house so much.”
Aptly named Smoketree—for its lone surviving deciduous flowering tree with clustering smokelike plumes—the property is once again a gathering spot for the Hamel’s growing family. And with another grandchild on the way, new memories are already being made—thanks to the cinematic vision of a true design auteur. 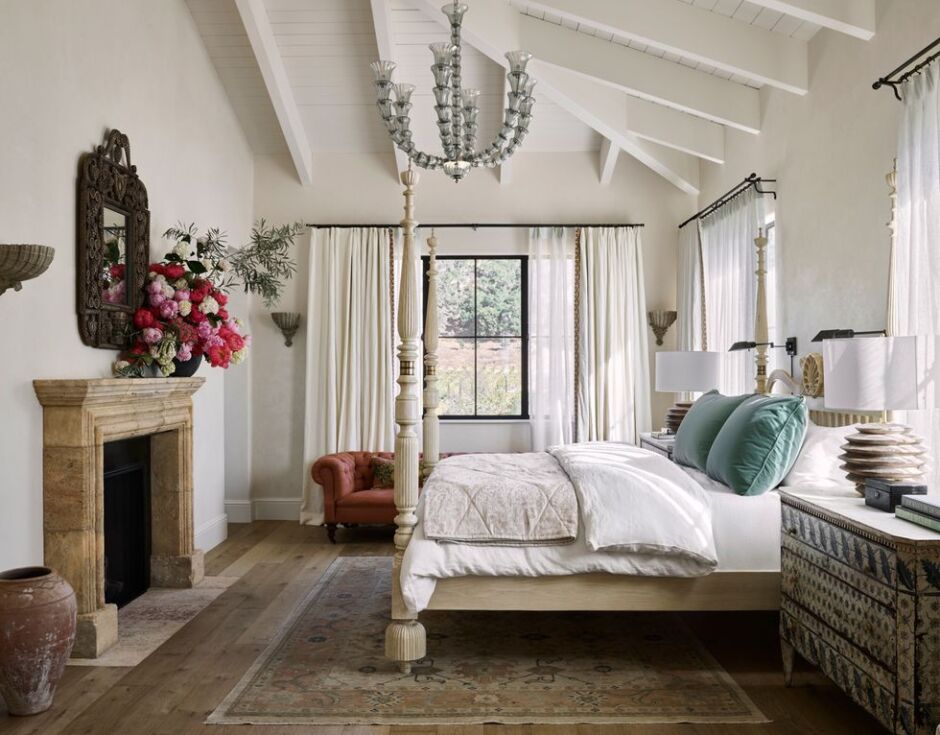 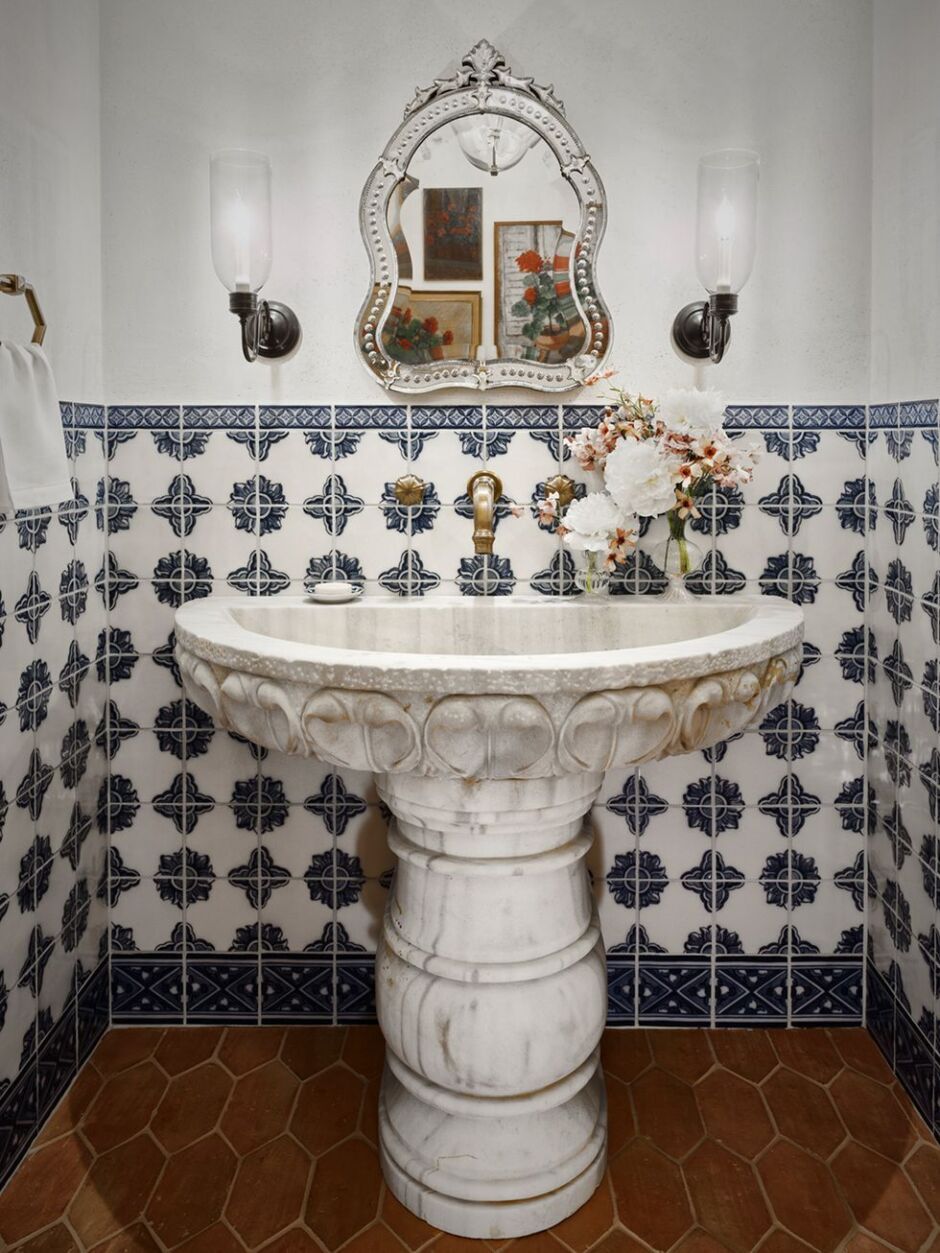 Freshening up in this first-floor powder room will have guests feeling transported to a Mediterranean villa in another century. Exquisite salvaged patterned Delft tiles, terra-cotta flooring, an antique limestone sink—with a custom faucet by Van Cronenburg—are a perfect assemblage of old-world charm. The antique Venetian mirror was a find by Fulk on a visit to the Battersea fair in London. 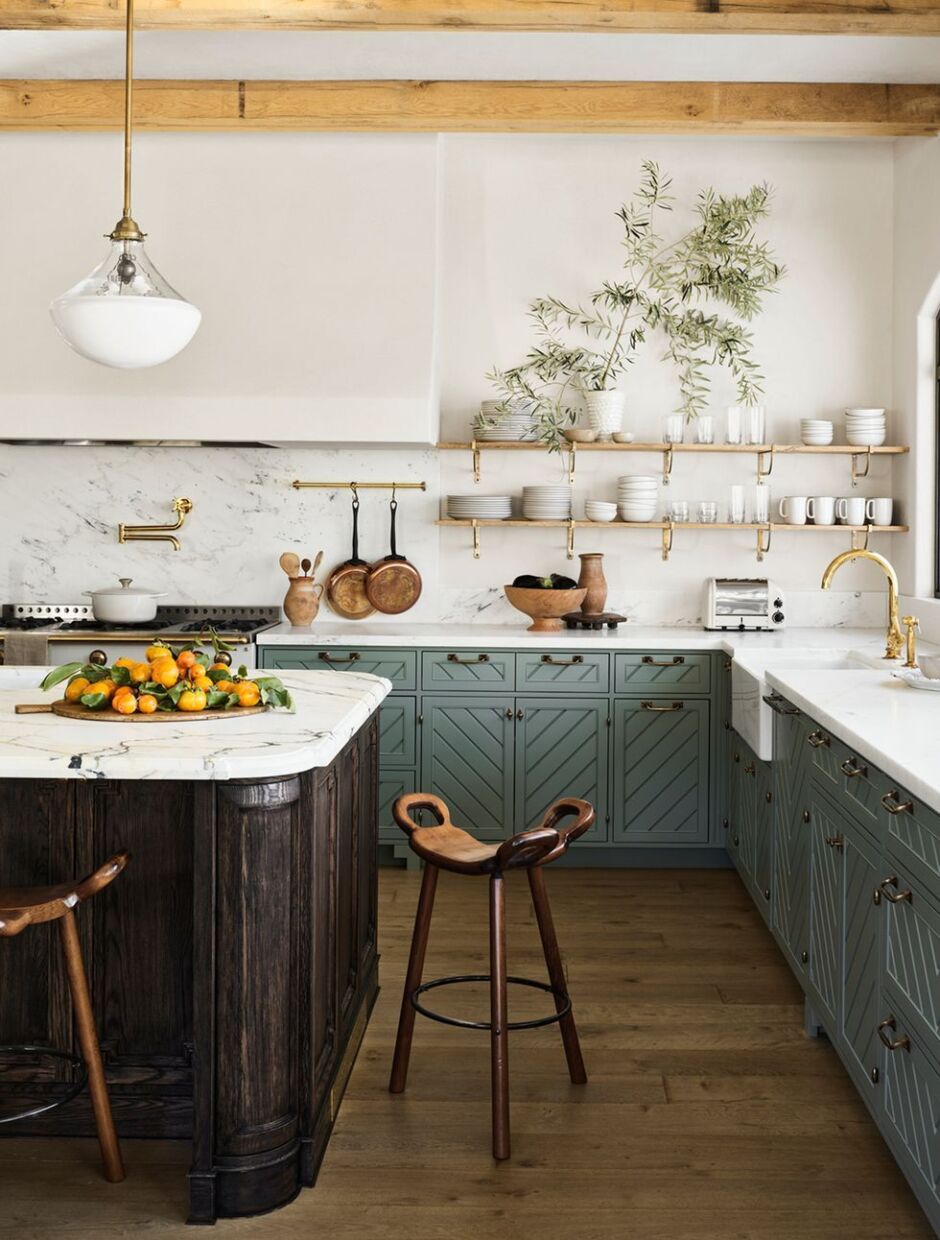